By Bo Gardiner.  Excerpts from the full article at Patheos.

Are astrology and other New Age beliefs a kind of religion for those without religion?  Real or not, should that religious stature grant them greater respect and less scoffing?  The stars say yes in a New York Times op-ed this past week by writer Krista Burton.  Does she make a good case?

END_OF_DOCUMENT_TOKEN_TO_BE_REPLACED

By misrepresenting himself as a legitimate “documentary” filmmaker, Bart Sibrel (famously punched by Buzz Aldrin) invaded Alan’s home in 2004 and took advantage of the astronaut’s down-home gentility. At first the questions were innocuous; this clip picks up when the agenda became clear. Even as Sibrel’s nasty craziness became increasingly obnoxious, Alan generously humored him. But the easygoing gentleman had his limits, and he showed this creep the door with the most gracious of f-yous.

The NRA would love to claim the iconic Matt Dillon of Gunsmoke, U.S. Marshal in Dodge City, as a figurehead.

A fan of the series, I remembered a scene where Matt muses on his feelings about guns, and after a little research, found the moment.

END_OF_DOCUMENT_TOKEN_TO_BE_REPLACED

Wild blue phlox and Virginia bluebells carpet the banks of the Roanoke this evening, the air intoxicating with phlox perfume and rushing water.

Don’t tell me Porgs are the Star Wars version of puffins.  Puffins don’t have huge eyes and camo brown colors.  Clearly Porgs were inspired by woodcocks.

In February and March I’m often out tramping in the twilight, where meadows meet woods, in hopes of witnessing what Aldo Leopold called the Sky Dance of the American woodcock. 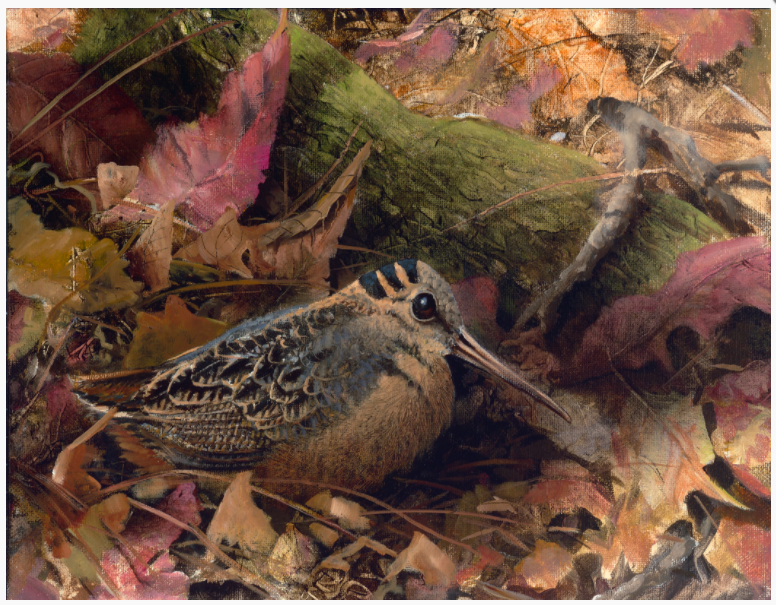 In late winter’s milder, tranquil evenings, about twenty minutes after sunset, the woodcock hen strolls to the edge of her woods to judge the males’ seductive song and dance, performed just beyond in an open field.  Her bizarrely huge dark eyes. set near the top of her head. give her an incredible 360-degree view, allowing her to hunt earthworms on the dark forest floor while watching for predators behind.  Equally bizarre is her extraordinary long bill, more elephant’s trunk than bird’s bill, whose tip she flexes to grasp her prey. END_OF_DOCUMENT_TOKEN_TO_BE_REPLACED

As I write this, Twitter’s top trending hashtag is #ThingsJesusNeverSaid.

Guys, we need to talk.

Certainly it helps to expose the hypocrisy of conservative Christian “values voters” by comparing their economic views to those of Jesus. And it’s often a powerful point.  Jesus would not be thrilled with the spreading Trumpian philosophy that virtue is measured by financial success — the logical evolution of recent wildly popular “prosperity gospel” ministries.

So Twitter is filled with tweets like these today, that (no) God willing, will hopefully touch some hearts and minds:

@JamesMartinSJ "Sorry, I would heal you, but leprosy is a pre-existing condition." #ThingsJesusNeverSaid

"You have heard it was said, 'Eye for eye, and tooth for tooth.' But I say to you drop bombs on those mofos." #ThingsJesusNeverSaid

Jesus may have been to the left on economic policy, but on social and military policy?  Sorry, but Jesus was no pro-gay, religiously tolerant peacenik.  Have we forgotten that there’s only one Christian god, and Jesus is the God of the Old Testament?  When we promote the Sandaled One’s words, we promote genocide, torture, slavery and rape and religious intolerance.  Just a few verses after the lefty favorite, “Blessed are the meek,” Jesus reiterates his support for the Old Testament, including his dad’s approval of genocide, slavery, rape and gay-stoning. Let the man-god himself remind you:

Upset with right-wing anti-Muslim bigotry?  Tweeting how Jesus said we should be kind to strangers?  Inviting people to follow Jesus’ lead in respect for nonChristians?  Jesus?  Come now…

Read the rest at Patheos.

Under the Greenwood Tree