It would certainly seem so, judging by newspaper coverage of the UK College of Policing draft report proposing new standards for police.

That certainly sounds like the College wants detectives thinking, Hmm, forget Sherlock, I’d better send for psychics to get the expert help I need on this tough case! The paper goes so far as to report that experts want psychics taken seriously…

So, the message is that the College is totally into psychic vibes, right?
END_OF_DOCUMENT_TOKEN_TO_BE_REPLACED

[Excerpts from my guest post at The Friendly Atheist.]

Erin Auerbach was a failed actress who came to Las Vegas for an exciting job opportunity that fed what she admitted was a strong ego: She was going to become a professional psychic. “The thing is, I’m not sure that I’m psychic,” she admitted to the interviewer.

“That’s OK,” he replied. “We’ll give you everything you need for the job.”

It seemed easy at first.

[Read the rest of my post A Telephone Psychic Confesses at The Friendly Atheist].

Craig Sailor of the Bellingham (Wash.) Herald has published a most enlightening interview with the host of “Out of This World Radio” on KKNW, Ted Mahr.  Ted runs the upcoming Galactic Wisdom Conference, which is “dedicated to the awakening of all human beings.”  Tickets sound steep at $97-247, but if you think about it, that’s dirt cheap when you look at what he promises you’ll be able to do there:

Mahr, a disbarred attorney, assures Sailer this is not about conning gullible people, because he’s “getting better at identifying the charlatans.”  Glad that’s straightened out.  Sailer asks Mahr what got him into this: END_OF_DOCUMENT_TOKEN_TO_BE_REPLACED

[As seen at Doubtful News].

Londoner Berna Uyrun is angry that psychics targeted her when she was grieving, desperate and vulnerable.  Psychics claiming to have paranormal knowledge of the location and fate of her missing sister Esra, who disappeared in 2011 from her Dublin home, managed only to contradict one another and create more confusion and anxiety. END_OF_DOCUMENT_TOKEN_TO_BE_REPLACED

A version of this post was published at Doubtful News.

Lisa Lanno is best known for appearing weekly on a Hartford, CT, Fox TV morning “news” show called “Medium Monday.”   In December 2012, Lanno was rather disappointingly invited on PBS station WGBY’s nightly public affairs  program “Connecting Point” to discuss communication with the dead.   She was joined by the mother of murdered 20-year-old Amanda Plasse, about a year after the August 2011 crime.  The killer’s identity was still unknown, and the reward for information leading to an arrest and conviction had recently been upped to $10,000.  Carrie Saldo was the show’s host:

CS:  The 2011 murder of Chicopee resident Amanda Plasse remains unsolved… Recently [Amanda’s mother Michelle] Mathieson teamed up with medium Lisa Lanno to see if that would result in any new information…

CS:  No new information since…

Psychic Lanno is incoherent in her attempt to  explain her failure:

CS:  [Interrupting] So, Lisa, in terms of information that Amanda has communicated to you, do you feel that you’ve received any information that might help lead to the person who murdered Amanda?

LL:  Good question.  She’s given me a lot of information, but there’s not necessarily anything I can do personally with that information.  It’s a big puzzle.  What I see may make sense to Michelle, it may make sense to the police, but I don’t have the authority to go in and arrest somebody…

LL:   And if you think about it, it’s all a big puzzle.  If any medium were able to get every little speck of information… our lives would be in danger, and then there’d be no need for police…

Lanno did go on to say that Amanda had revealed her  interest in sunflowers, tattoos and Pink Floyd. Another year later, an arrest was finally made in November 2013.  Amanda had filed a police report of a burglary before her death, which led police to obtain DNA evidence on the man she suspected of being the burglar:

A state police report made public in March stated that DNA evidence led investigators to Rosa-Roman, whom Plasse suspected of breaking into her apartment several weeks before she was killed.

A third year passes.  And as usual, the psychic’s story has evolved into something unrecognizable and bigger than life.  Lanno claimed yesterday in a TV interview that she did help the police find Plasse’s killer:  The interview, billed as one in which “Lanno discusses how she assists investigators in such cases,” was by Theresa Dufour on WTNH, a Connecticut CBS affiliate.  Dufour introduces the segment with a highly questionable claim of her own: END_OF_DOCUMENT_TOKEN_TO_BE_REPLACED

Your Radio Has Let You Down

You turn on your radio, and are surprised to hear a talkshow host gushing “Oh wow!” over “psychic detectives” and “forensic astrologers.”  Did you accidentally tune in to the home of the fringe, “Coast to Coast?”  You check the dial.  Nope, it’s right there on your usual NPR station… in this case, WNPR News, Connecticut Public Radio.

Has your faith been misplaced?  No, seriously, what is Faith Middleton doing, this award-winning long-time contributor to NPR news programs All Things Considered, Morning Edition, and Weekend Edition?   You’re listening to the latest  episode of the 50-minute Faith Middleton Show, Retired Law Enforcement Working With Psychics to Find Missing Persons, Solve Murders.  You think, Oh, I get it, she’s looking into their claims, good.  You expect what any good journalist would bring: challenging questions, rational skepticism, and at least some basic factchecking.

You’d be wrong.   The show was a tribute by a fan.  END_OF_DOCUMENT_TOKEN_TO_BE_REPLACED 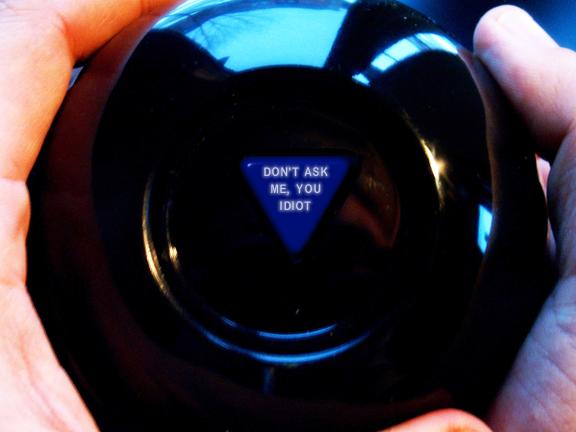 [As seen at Doubtful News.]

Okay, I admit I didn’t go on record with that prediction.  But trust me.

Twenty-five psychics were asked by HuffPo to predict yesterday’s Super Bowl, in which the New England Patriots defeated the Seattle Seahawks 28 to 24.  Bookies had given generally even odds between the two closely matched teams, with sportswriters leaning toward New England. END_OF_DOCUMENT_TOKEN_TO_BE_REPLACED

Under the Greenwood Tree